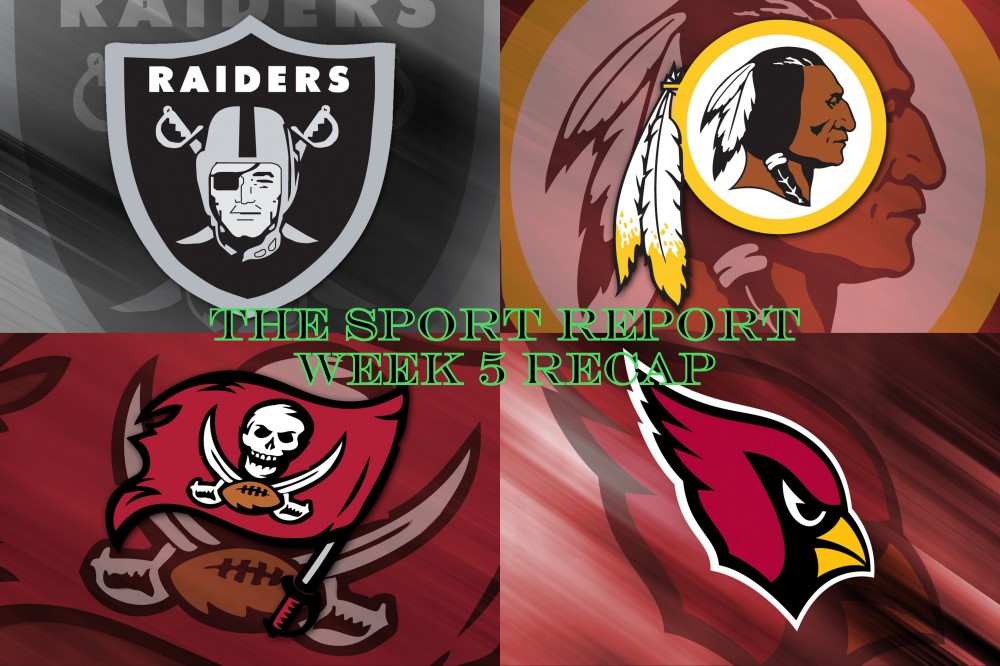 Recap: The Buccaneers were led by strong defense whom picked off Carson Palmer 3 times including an interception return by Cody Grim. After picking Palmer off for the 3rd time with 14 seconds left and on the Bengals 34, the Buccaneers got a clutch pass and catch. Freeman hit Spurlock on a great tippy toe’s catch on the sideline for a 21 yard catch. This set up Connor Barth who hit the 31 yard game winning field goal.

Recap: Despite Matt Ryan struggles the Falcons were able to pull out 14 unanswered points to win the game. Matt Ryan who was non existent until he hit Roddy White for a 45 yard touchdown contributed to the victory. To seal the deal defensive end Kroy Biermann made a great do it yourself diving interception and turned it into a 31 yard touchdown. This capped the 14 unanswered run to finish the game.

“David Garrard lead Jaguars to 2nd win in a row”

Recap: David Garrard had a great game as the Jaguars fought off the feisty Bills. Garrard completed 16 of 20 for 178 yards, 3 touchdowns, and 1 interception. Garrard continued to find his favorite redzone target in Marcedes Lewis who caught 2 touchdowns. Josh Scobee also had a ball game going 5 of 5 on field goals. Scobee hit from 34, 40, 46, 49, and 49. Jaguars now are riding a 2 game win streak.

“Hakeem Nicks takes it to the Texans”

Recap: Hakeem Nicks just couldn’t be contained as he went on to haul in 12 receptions for 130 yards, and 2 touchdowns. The Giants defense is also to credit for holding Schaub under 200 yards throwing, and Arian Foster to only 25 yards rushing. The Giants defense has really come alive, just needs the offense to stay consistent.

Recap: Ray Rice ran the show in Baltimore. Rice rushed for 133 yards on 27 carries, and had 2 touchdowns. The Ravens had no air attack but there ground game was there as it account for 24 of the Ravens points. The defense was great against the run but looked rather weak against the pass. The Ravens still won this game easy though led by Ray Rice. 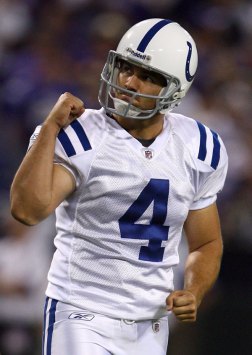 Recap: Adam Vinatieri was 4 of 4 in field goals. Vinatieri scored 12 of the Colts 19 points. Vinatieri connected on 4 field goals from 20, 24, 42, and 47 yard out. Besides Vinatieri’s clutch kicking Mike Hart sealed the game with a 11 yard touchdown. The Colts though it proved to be tough took out the last undefeated team in the Chiefs

Recap: The Lions put the hurting on the Rams and badly. Shaun Hill had a strong performance completing 21 of 32 passes for 227 yards, and 3 touchdowns. Hill spread the love around in which 5 receivers had 4 receptions or more. Hard to believe but this was the Lions first win and the score really depicts how much a better team the Lions are.

Recap: Matt Forte took over the game early with a 18, and 68 yard touchdown in the 1st quarter. Forte finished with 166 yards on 22 carries, and 2 touchdowns. It was a much needed game for Forte as backup quarterback Todd Collins was absolutely terrible. The defense was way too dominate for the Panthers to score as they only had 6 points. Bears found a way to win even without Cutler.

“Redskins upset the Packers in overtime”

Recap: The Redskins capped off a 10 point comeback to force overtime with a field goal to end it. McNabb completed 26 of 49 for 357 yards, 1 touchdown, and 1 interception. The defense is what won the game especially with a key interception in overtime by LaRon Landry that set up the game winning field goal by Graham Gano. A big win for the Skins.

Recap: The Cardinals pulled off one of the stunner this week led by a undrafted rookie quarterback in Max Hall who was starting for the benched Derek Anderson. The one thing Max Hall did well was get the ball to Larry Fitzgerald who had been silent up until this week. The Cardinals defense is to credit for the victory. The defense tallied 1 sack, 3 interceptions, 2 forced fumbles, and scored 2 touchdowns. The defense played difference maker this week.

“Chris Johnson tears up the ground in Dallas”

Recap: Chris Johnson although scoring two 1 yard touchdowns put together some long key runs against the Cowboys. Johnson rushed for 131 yards on 19 carries, and had 2 touchdowns. The defense can also be credited despite giving up 27 points tallied 6 sacks, and 3 interceptions. A strong win for the Titans who are in a crazy 4 way tie in the AFC South.

Recap: After being benched for Gradkowski, Campbell had a second chance following Gradkowski’s injury. Campbell made the most of it by leading the Raiders back to an impressive victory. Campbell completed 13 of 18 for 159 yards, and 1 touchdown. The Raiders went on a 22-3 finish to take out the Chargers in a big division victory.

“Kolb takes the Eagles under his wing for a victory”

Recap: Despite not having Vick the Eagles led by Kolb were able to capture a victory. Kolb was way better than he looked his last few outings completing 21 of 31 for 253 yards, and 1 touchdown. The Eagles survived a late scare by the 49ers but intercepted Alex Smith to seal the game.

Recap: The Jets led by a 15 point outing by Nick Folk was able to add to that lead late in the game. Folk was 5 of 5 hitting field goals from 22, 25, 31, 34, and a 53 yards out. The Jets defense played pretty well but put the dagger in Brett Favre with a 26 yard interception return by Dwight Lowery that sealed the game. the Jets are the one of the hottest teams in the NFL and are hitting on all sides of the ball.